From Push to Pull to Collaboration: How consumers and social media are reshaping marketing

Posted by 360kevman on April 6, 2014
Posted in: Uncategorized. Leave a comment 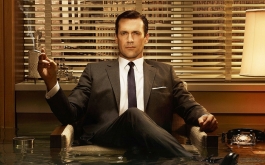 The real power in marketing has shifted as the rise of social media has given consumers a powerful voice. And, marketers who provide content to actively engage their customers as participants will be the ones who win today.
How much has advertising and marketing shifted in the past 50 years? It used to be that Madision Avenue called all the shots. Take this quote from fictional advertising genius Don Draper on the television show MadMen:
“What you call love was invented by guys like me,” Draper said. “To sell nylons.”
Sure, it’s a darkly cynical view of the world, but it typifies the one-way conversation that dominated the glory of Madison Avenue in its heyday, when powerful ad agencies and big media ruled.
Of course, the Internet and social media have flipped that model on its head. Perhaps the best example was last year’s Doritos “Man’s Best Friend” Super Bowl spot that was shot for $20, but ranked high in USA Today’s ad meter. As one of 6,200 entries submitted to Doritos, it is an example of the participatory strategy marketers are using to truly engage their customers.
What’s pushing this trend? Consumers are spending more time on social networks than ever before. Facebook, for example, attracts 699 million logins each day. As this has enabled more digital interaction between brands and consumers, traditional “big media” investments are continually being nudged by digital media. In fact, a recent Nielsen study has shown that online ad spend grew by 26.3 percent in the first quarter of 2013 alone.
But more than a spending shift is the underlying power shift. Today, the consumer holds Don Draper’s power because increasingly they are at the controls of the new media. They are filtering ads, creating their own brand reviews, publishing their own content, and even creating small budget TV ads of their own that sometimes trump the big agency ad spots in likeability and favorability.
As marketers adjust, we have seen the rise of the “brand content” trend; communications that strike a balance between branding and entertainment that ideally captivates and engages a consumer enough to share among her social network to create “earned media” (the gold standard of the new media world). Indeed, at the recent New York Advertising Week industry gathering, “content marketing” was all the buzz.
The challenge for marketers is creating content that benefits the brand while also being interesting enough to engage consumers. Some of this is working, but a lot of it isn’t because it’s a lot harder to do than just make another ad.
Brands and agencies are having a hard time adjusting to this new world. They continue to use social media as nothing more than another “media channel” for ad messaging that they don’t really own. Instead of captivating content, we get ad noise. Like the You Tube video that’s a half-hearted braggart piece. Or the ethereal and tangential brand videos that are an answer to a question nobody asked. Or worse, the mindless or lazy brand tweets that do more interrupting than informing or entertaining.
So it’s time to re-evaluate how we are communicating with consumers as we move from “push” to “pull” to “collaboration”. We need to understand that it’s really the customer that is king and social media is their kingdom. And we need to know what customers want to engage with, what they don’t and what a new and better form of “content” really is on their social media turf. That said, we need to remember that we still need to influence brand opinion and consideration. So here’s a quick “Top 5” toward better content:
1.) Think Like a Consumer: To engage consumers you need to really understand them. They are looking for interesting stories and new experiences and oftentimes they want to interact with your brand rather than engage in old-style “I talk you listen” ad speak. The new dynamic is interactive, collaborative and creates meaningful value. And it’s watching and listening as well as speaking.
2.) Get Contextually Relevant: Design your content around consumer interests. Ford’s Mustang Customizer is a great example of letting car enthusiasts engage in car design; if your target is into action & adventure check out just about anything being done by Red Bull.
3.) Look at Quality Over Quantity: Content gets passed over because a brand is trying to create “news” to meet the publishing calendar demands and just creates more clutter. Less, done better, is always more.
4.) Hit the Brand Sweet Spot: A great example in the automotive category is the BMW Films series that got millions of shares on You Tube while also creating compelling demonstrations of BMW-ness; great looking cars demonstrating breathtaking car chase performance.
5.) Bring Down the Silos: There’s still a lot of in-fighting as to who creates the new and interesting “content”; is it PR? The advertising group? Progressive marketers are joining forces, figuring out the budget challenges and building production platforms that are hybrids (sorry, but Red Bull Media House is a great example of doing this right too).
In the end, it hasn’t been going well for Don Draper and the old school creative director. And the same can be said for marketers and agencies that continue to push in a pull world going social. So who plays the part of Don Draper today? Maybe it’s not an individual but a war room team that creates a real-time tweet about Oreos when the lights go out in the Super Bowl. Or maybe it’s a consumer that creates the next award-winning Super Bowl spot on a digital camera. It’s still not clear. But it sure is very different.
###