Like many, we watched the reaction from the press, the Street and industry experts as Apple launched the new iPhone 6 and the Apple Watch. Apple has become the go-to standard as a marketing best practice for many reasons. Nobody tries to meet the needs of technology consumers like Apple from product design to retail experience, and few companies have as clear an internal compass, even with the passing of Steve Jobs. While Apple remains one of the most valuable and powerful brands in the world, we think it might be time for more “thinking different”.

So we were looking forward to this announcement day for a while. And we were pulling for that classic “and one more thing” catchphrase moment which did in fact come to pass. To be sure, Apple made some significant news today. The iPhones are great examples of continuous improvement and the highly anticipated Apple Watch definitely brought some oohs and ahhs. 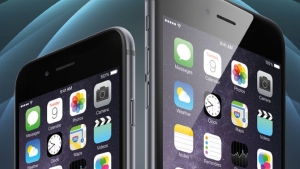 But it’s hard not to feel a bit let down for wanting to see more from this iconic American company. In retrospect, maybe it’s because the world is catching up to Apple while Apple maybe isn’t transforming the world like they used to. Like many recent Apple events, the recent launch was more about evolution than revolution. Is it possible that Apple might be losing a tad of their brand differentiation and therefore a tad bit of relevancy? Is it still the maverick company that has enabled more people to do so much so easily? Here’s a quick look at the Apple brand:

Innovation: From a design perspective, the iPhones and Apple Watch follow the tried and true path of beautifully simplistic Bauhaus-inspired design. But, guess what? Nobody makes a dowdy mobile phone anymore. Just ask Samsung, the world’s most profitable mobile phone maker or other Android brands that have aped Apple’s sleek cases and intuitive UX. And while the Samsung Galaxy 5 has been on a roll, why was Apple so late to market with big screen phones when so many consumers have been clamoring for bigger devices for so long?

And somehow, being sold on the Apple Watch isn’t as easy as it should be. Several mobile companies have already released or announced their own smartwatches, including Sony’s SmartWatch, Motorola’s Moto360 and Samsung’s Gear Live. However, those devices have struggled to catch on with mainstream consumers. Part of the reason for that is a killer app for the category has failed to emerge (although it also hasn’t helped that the world has been waiting to see what Apple would bring to market). Not to be “glass half empty,” but is it possible that smartwatches are an answer to a question not enough people are asking? Is there enough there, there? By contrast, nobody ever raised that question about the revolutionary Mac, iTunes or iPhone.

Pricing & Security: Apple should be a bit concerned about changes in the mobile industry external factors environment. Apple’s pricier phones have been most popular in markets where subsidies have lessened sticker shock, but now those incentives are mostly gone and consumers are looking anew at Apple features and higher prices vis a vis competitors. And, nobody, including Apple, saw the threat hackers could impose on their security infrastructure with the harvesting of nude celebrity photos. Indeed, security experts were shocked at the lack of perimeter security on iCloud. Monitoring social networks this week saw more negative buzz for the Apple brand than positive, the first time this has ever occurred. So far, Apple has weathered this storm but more needs to be done. In this case, maybe Apple needs to “think different” about the more rational and functional “ante” of the category.

Overall, Apple remains a strong and maturing brand that needs to stay hungry while it stays the course. And we have no doubt that its best days can be ahead of it. And it’s still a power brand. Think about this. What other company gets consumers standing in line days in advance of a product launch? And when was the last time you carved time out of your day to see a brand’s new line of wares in a press conference?

But Apple can do better. And perhaps one of its rivals can teach the brand a few lessons.

Google has exhibited the kind of innovation and daring that once were the exclusive hallmarks of Apple. Take for example GoogleX that makes WiFi available globally by putting satellites tied to balloons over the earth. Or, look at the gee whiz factor Google created with Google Glass. As such, it’s no coincidence that Google passed Apple in the 2014 BrandZ Top 100 Most Valuable Global Brands study.

More than anything, Steve Jobs got the concept of Wow. And “thinking different.”
And those are the things that will continue to make Apple one of the world’s great brands.

Brandmachine is in the brand solution business. And in the business of going to new and better places.
www.360brandmachine.com